Is it too late for solar energy?

No.  In fact, we need more!  As Hawaii continues down the path to get to 100 percent renewable energy by 2045, Hawaiian Electric expects a large portion of this energy to be supplied from private sources like rooftop solar.  The utility has therefore developed more programs to encourage the adoption of more solar.  Programs like Customer Grid Supply (CGS) Plus, Customer Self Supply (CSS), Smart Export and Net Metering (NEM) Plus are options that can be considered for your property.  Which program is best is dependent on your situation. Here is a high-level overview of the programs:

CGS Plus is a variation of the original CGS program that has recently reached capacity in most areas.  With CGS Plus your system can supply energy to the grid.  You receive a credit for that exported energy that can be used to offset your monthly utility bill. The main difference between the CGS and CGS Plus program is the export incentive value and the structure of the true-up period.

Under the original CGS, all export credits were trued up on a monthly basis with any excess credits expiring each billing cycle. Under the CGS Plus program, those credits will roll over to the next monthly billing cycle and true up on an annual basis instead. While the incentive is about $0.02/kWh less than the original CGS, this CGS Plus program may allow a slightly smaller system to be built, particularly if the property’s energy usage is variable, such as a school that is not used during the summer months. The system will produce excess energy during lower use months, and those credits will carry over until needed during a higher use month of the same year. The CGS Plus system also requires an additional utility meter socket box be installed for emergency utility control.

The Smart Export program allows export to the grid for a credit, but the credit is only given for energy exported during the peak energy demand hours (4 pm to 9 am), so the export comes from a battery system that stores excess energy during the solar day.  No credit is given for export during the hours of 9 am to 4 pm when solar energy is abundant, and the utility can meet all customer demand.  The credit received under the Smart Export program is comparable to that of the CGS Plus program.

This system may be a great option for properties that have the additional space for battery storage. These customers could opt to install a battery system that will re-charge during the solar day and discharge to the grid at night for monthly energy credits on their utility bill. Credits under this program roll over monthly and true-up on an annual basis.

Customer Self Supply (CSS) allows you to generate the energy you need without exporting to the grid. Under this program smart inverters, battery systems and energy metering work together to ensure that all solar PV generation is used to directly offset property loads or stored on site in a battery system. During non-solar generating hours, the battery system will discharge to feed the property loads while not allowing export to the utility grid. This system benefits those who are seeking maximum grid independence. CSS systems are eligible for expedited review since they do not export. This program is a great option for properties located in areas with existing voltage limitations that may be keeping them from gaining approval under one of the previously mentioned export programs.

NEM Plus is available to those customers that are already under a Net Metering Agreement but want to add additional panels and/or battery storage.  Any additional energy from the new NEM Plus system must be used to offset your own energy needs and cannot be exported.  If you have an existing NEM system and are not fully offsetting your bill (or have plans to add more demand, such as car charging stations), NEM Plus should be considered.  For larger buildings, most original NEM systems were sized at the maximum allowable (100 kW-ac) and may not be fully offsetting the demand for energy.  These properties have the opportunity to double the capacity of their systems and further reduce their energy bills.

Which program is best depends on a number of factors including the property’s current energy usage, the rate schedule you are on with the utility, the availability on your property to accommodate a solar system and how you plan to finance that system (will you own it or will a third party own it and sell you the power via a power purchase agreement).  A good solar company will consider all of these factors and determine which program will make the most economic sense for you.

So, no, it is not too late for solar.  Keep in mind that the federal tax credit continues to decline each year, so the sooner you move, the lower the overall cost could be. 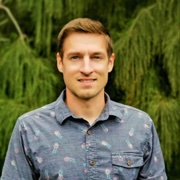 As seen in the April issue of Building Management Magazine.